Formed in 2013, the Liverpool Easter 1916 Commemoration Committee set out to record and commemorate the women and men of Liverpool Irish community who fought in defense of the Irish Republic during the Easter Rising in Dublin 1916. The Committee organised a wide range of public events during 2016 to accompany the worldwide Easter Rising centenary celebrations.

Yesterday saw the culmination of 4 years of work with the public unveiling at St Anthony’s Roman Catholic Church, Scotland Road, Liverpool of a permanent memorial listing the individual names of the Liverpool Irish volunteers who participated in the Rising. 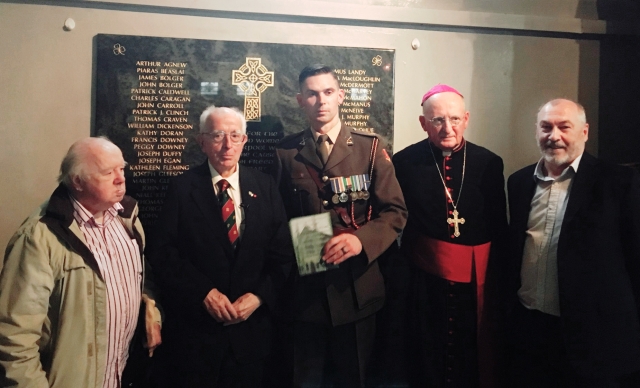 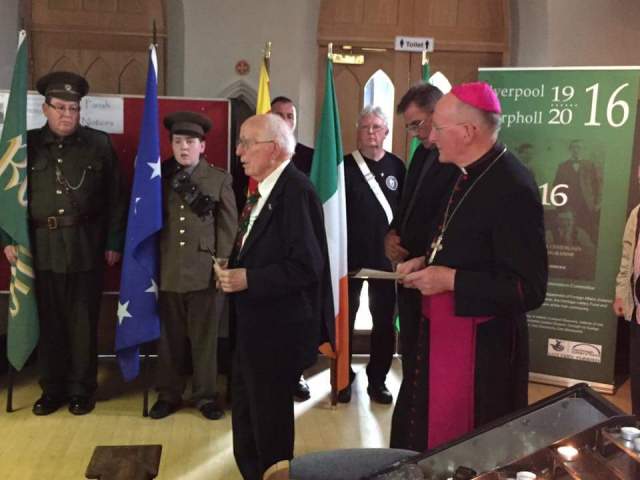 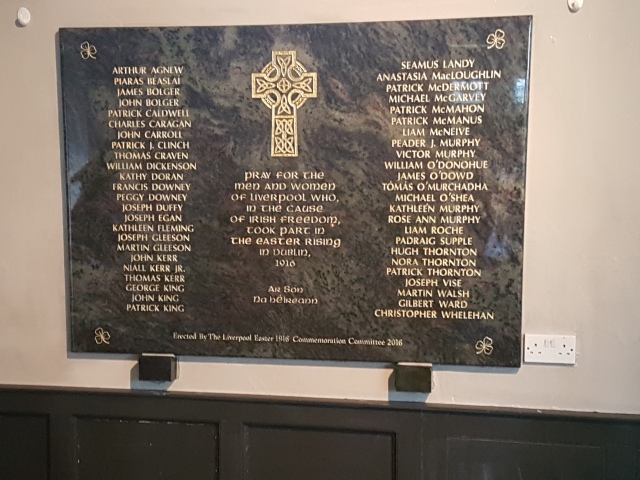 Following the unveiling, the Memorial was blessed by Bishop Tom Williams, Auxiliary Bishop of Liverpool and a roll call of those listed on the memorial was read by Mr Seamus Murphy.

Concluding remarks and thanks were made by Mr Greg Quiery on behalf of Committee and the ceremony ended with the playing of Amhràn na bhFiann. 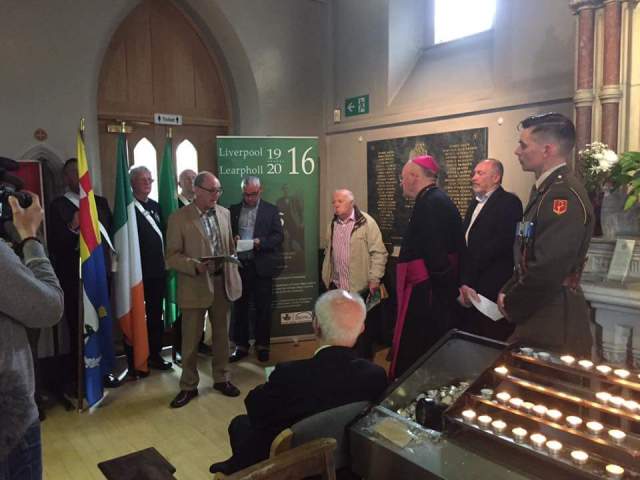